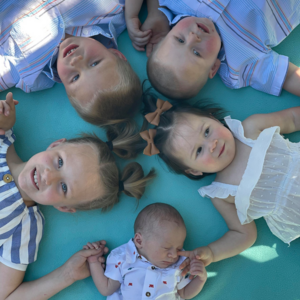 Around the restaurant you will find a staff comprised of most of the LaFour family as well as a few great employees who have joined the team over the years.

Photo Above (published in the 2014 Best of Kerrville in the Kerrville Daily Times): (left to right) front row- Otis, Makensie, and Freda; back row- Wade, Leigh'Ann, Debbie, Alyson, and Dewayne

Below: Makensie plays in the dining room before work begins

Family owned and operated since 1983 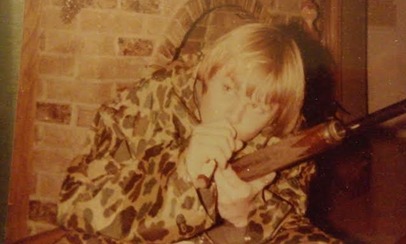 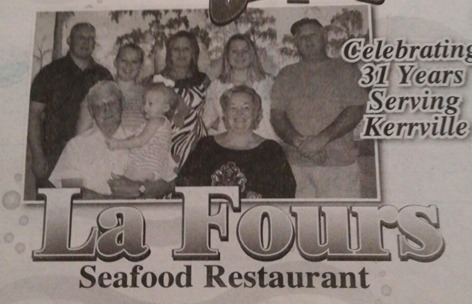 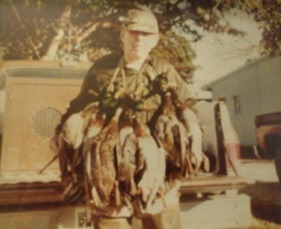 Opened in 1983 at the Ace Ranch Motel on Hwy 29, the LaFour family has been working to build a strong and reputable establishment through the generations. Owners Otis  and Freda moved from the Texas Piney Woods and brought their family to Kerrville to follow their youngest son, Dewayne, who attended Schreiner University on a gold scholarship. Their middle son, Wesley and his wife Debbie were integral in helping to build the restaurant into a local hot spot. The couple soon started their family, having three children; Leigh'Ann, Otis, and Alyson. All three have grown up in the restaurant over the years. In 2010 Leigh' Ann got married and her husband, Wade has stepped in to the restaurant to add to the family establishment. . In 2012, the couple added the 4th generation with the birth of Makensie. In January 2015 Morgan was born, named for Otis' uncle duck hunter Morgan LaFour. Mayes was born in August of 2017 and all of the kids routinely make appearances at the restaurant.

Alyson and her fiancée were married in the fall of 2018.  In January 2020, Little Otis' baby girl Anna Rose was born. The family keeps growing as Alyson and her husband welcomed with baby Ronny in April 2021.